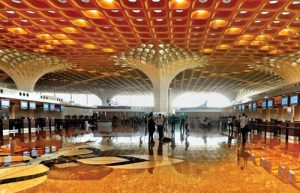 Air travel in India has grown at a staggering rate in recent years.

With more Indians than ever flying, states in India are building new airports and upgrading old terminals to create facilities capable of handling tens of millions of passengers and are still continuing as capacity is being stretched.

The Top India International Airports are:

Here’s a full list of all international airports in India.

India owns some of the best airports in the world and more are on their way to boost the air connectivity between major metros and ease congestion in existing older airports.

Older airports are being overhauled to mold and create some of the existing terminals into a new structure with new parking garages, food courts, plus a arrivals and departures building.

Indian International Airports are typically larger than domestic indian airports and often have longer runways to accommodate the latest and more heavier aircraft commonly used for international and inter-continental travel.

However, flying via the Gulf countries provide many convenient connection flights to a number of countries like united states and europe, provided by major Gulf airlines through their Hubs in Dubai, Abudhabi and Doha.

View all posts by justin →

How many airports are their in India?

Which is the Best Airport in India?