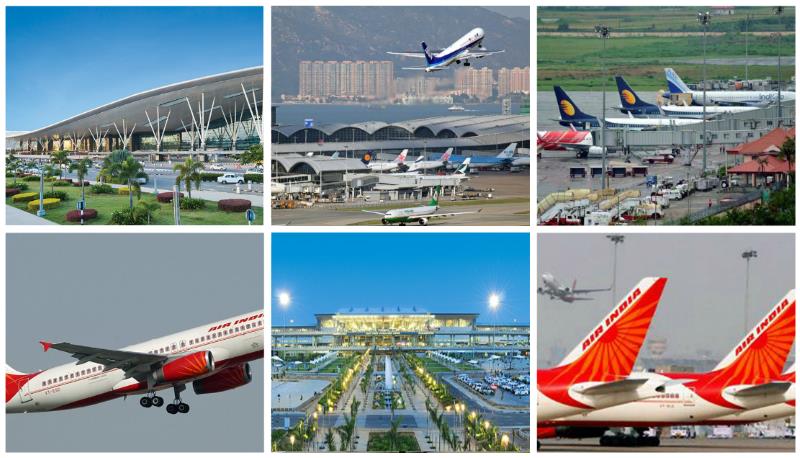 Most of the Flight Tracking Software can track the status of flights arriving or departing the United States, Europe or Canada.

Flight status informs passengers about the updates and changes regarding the airline schedule. All Flights Worldwide Real-Time Flight Status : Global


Most of this Domestic India Flights operate between major indian cities :

Get updates on flight arrival and delay times, and remaining time en route for departed flights, updated every 5 minutes. Additional flight details include departure time, aircraft type, current altitude, and current groundspeed, along with the forecasted weather conditions for your selected destination.

Web & Mobile flight tracking section
track the status of any flight arriving or departing the United States or Canada. Get updates on flight arrival and delay times, and remaining time en route for departed flights, updated every 5 minutes. Additional flight details include departure time, aircraft type, current altitude, and current groundspeed, along with the forecasted weather conditions for your selected destination.

How the airlines, airports, and FAA knows where the flight is

Once a flight departs, its flight progress is tracked by the airline, the FAA, and by the destination airport, which displays the incoming flight status on the airport monitors. Each aircraft is equipped with special avionics equipment which allows air traffic controllers to track the flight in real time, using both radar as well as position updates transmitted by the aircraft. The FAA aggregates this data through its network of air traffic control centers and hence tracks thousands of flights every hour.

The causes of flight delays: Weather

This is probably the most common cause for delayed flights. If weather is bad, all flights into your destination or out of your airport will be affected. Before leaving home You can call the airline or check your flight status online. If you notice delays online, you can contact the airline directly for more information.

Traffic
Many factors can cause air traffic issues, and all impact both flight arrival & departure times. Congestion affects aircraft as well and ultimately scheduled flight arrivals. Bad Weather causes disruptions in normal air traffic patterns. Flights normally scheduled to arrive on time might have to ‘circle’ around the airport area as congestion requires air traffic controllers to hold some flights in the air before they are cleared to land.

Budget Cuts
Get ready for longer waits at the airport. Travelers across the country are seeing their flights delayed as the result of federal budget cuts.